21. november 2017
Problem solving, organisational skills, service orientation, critical thinking and creativity are the core competences that employers expect from their employees both globally and in Slovenia.

Skills, knowledge and abilities are usually known under the general term of competences, which are the key drivers of success. They are defined as “connected types of knowledge, skills, abilities and viewpoints, which mainly affect the work of an individual and are related to their activity in the work environment and can be measured using adopted standards and improved with training and development” (Logar, Verčič, Ašanin Gole et al., 2014).

They are also “all skills and abilities that are required for an individual to be able to effectively and successfully perform a work, task or role in an organisation. They encompass knowledge and experience, characteristics, motives, self-image, traits and features of an individual, behaviour, skills and abilities.” (Kohont and Svetlik, 2005, p. 51).

The Future of Jobs Report by the World Economic Forum 2016 states that more than a third (i.e. 35%) of the existing knowledge, skills and abilities, which we see as crucial today, will change by 2020. The changes brought by the Fourth Industrial Revolution (developments in genetics, artificial intelligence, nanotechnology, 3D printing and biotechnology, smart systems – houses, factories, networks or cities) require proactive adaptations not only by employers but also each individual, as such large development steps also mean that the majority of jobs experience a fundamental transformation. Some jobs will be endangered and the existing ones already require changed skills, knowledge and abilities.

Which knowledge and skills will be required in 2020 in order to be competitive in the labour market?

Similar was also established at DOBA Business School. A survey that was conducted in six countries (Slovenia, Croatia, Bosnia and Herzegovina, Serbia, Macedonia and Turkey) identified the following core competences that are required by employers:
The surveyed employers in all six participating countries believe that problem solving skills are the most important skills of managers and eaders that are required in order to fill a vacant position. They see service orientation as the most important entrepreneurial skill and issues, risk and crisis communication management as the most important communication skill. They further believe that in order to fulfil the work tasks in their organisation, the core knowledge and skills from the field of innovative management are creativity and critical thinking and the use of digital/social media.

All these competences are soft skills and the skill and ability to establish and build interaction. The so-called hard skills, i.e. knowledge and skills obtained during formal education (e.g. economy of companies, macroeconomics, integrated communication, etc.) were ranked lower by employers, undoubtedly because these are skills that represent the basis for entering the labour market while they are also a source of competitive advantage. Soft skills complement hard skills and they jointly affect the activity of employees and significantly define the potential for their career development. 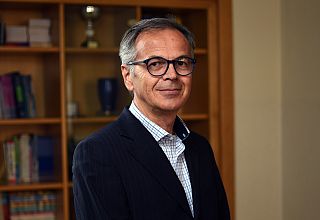 Share
Facebook Twitter
We use cookies to make sure our websites work effectively and to improve your user experience. If you continue to use this site we will assume that you are happy with this.
I agree More information